Pictured from left: Jonathan Bynoe and Janet Porter on C clarinets with Nigel Swan on his own hand-crafted mandola.

The group perform French traditional dance tunes such as Bourrees, Mazurkas, An Dros, Polkas and Waltzes.

They also include old English tunes such as Black Joak and Halfe Hannikan in the repertoire with Janet on authentic recorder.

Les Rustiques have been playing together for several years and gigs have included French cafe bars in Leeds, public appearance at Epworth Music Day and a private wedding at Hornington Manor near Tadcaster.

Janet also has a few French dances up her sleeve such as Fricassee and French Peasant Dance.

The cheesy trio has evolved out of the French Music Session hosted at the Garden Gate, Hunslet, Leeds by Janet and Nigel which meets on the third Thursday of each month. All welcome.

Janet is a regular caller of American contra dances at the Leeds Contra in Headingley. She has been involved as a musician, dancer and caller, since the Leeds Contra first began over 20 years ago.

Themed dances included “Dance for England and St George”, “A Victorian Ball for the Lower Classes” and “May We Dance”, all held at Stainbeck Community Hall, Leeds. 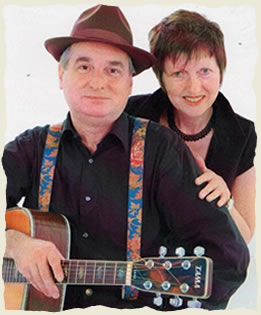 Swan and Porter perform songs including folk, ’40s, ’60s and Music Hall. They have entertained in centres for older people, adults with learning disabilities and regularly perform at Folk in the Bar at the Junction in Goole.

Janet has links with Yamsen a registered charity, which hosts activities at the West Park Centre Leeds, for people with special needs. She has organised events for Yamsen including a Spring Fling and Mrs Porter’s Music Hall and Concert Party. Janet has also run art groups including banner making for the Off By Heart choir. Read feedback from Yamsen here.

Held at the historic Garden Gate in Hunslet, Leeds, on the third Thursday of every month from 8pm. All welcome. For more information contact Janet.

Looking for a band to perform at your event? Get in touch! 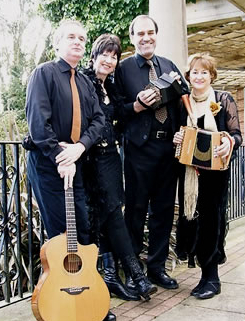 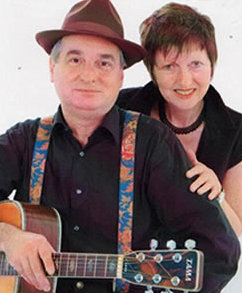 Young dancers enjoy The Polka Dots at a birthday ceilidh 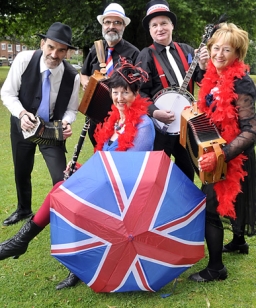 The Polka Dots run a themed ceilidh dance for fairies